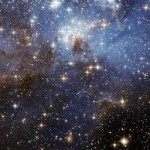 As cost of data storage is declining. The increasing ability of modern processors to sift through and encode clear high quality video. Some nations have found a way to put this technology to use. With mass surveillance and construction of data centers size of small towns. Do these data collectors believe in Angels?

Many faiths do. In Islam Angels are believed to be created from light. In Chapter heading of abridged Tafsir Ibn Kathir "Story of Adam and Iblis" a hadith is mentioned from Sahih Muslim where Aisha is reporting "Angels were created from light". In Quran Chapter 79 called Naziat a verse says "And by those who arrange affairs." Angels are assigned across the universe to accomplish tasks according to Gods will. In sources of Islam Saheeh Bukhari and Muslim as mention in hadith number four of "Fourty Hadith of Nawawi" by Imam Nawawi. An angel is there to breathe soul into the fetus in the womb of its mother. In Abridged Tafsir Ibn Kathir translation with chapter heading "The Guardian Angels" in exegesis of Quran chapter 13 by Ibn Kathir. There is mention of Angle appointed to the right to record good actions and an Angel is appointed to the left to record bad actions. It doesn't stop there. There are guardian angels appointed to protect the individual unless there is a decree to allow harm to take place.

"For him (each person), there are angels in succession, before and behind him. They guard him by the command of Allah.) Allah states that there are angels who take turns guarding each servant, some by night and some by day. These angels protect each person from harm and accidents. There are also angels who take turns recording the good and evil deeds, some angels do this by day and some by night. There are two angels, one to the right and one to the left of each person, recording the deeds. The angel to the right records the good deeds, while the angel to the left records the evil deeds. There are also two angels that guard and protect each person, one from the back and one from in front. Therefore, there are four angels that surround each person by day and they are replaced by four others at night, two scribes and two guards. (Abridged) Tafsir Ibn Kathir - The Guardian Angels."

When astronomers look out into space and record things that have happened billions of years ago by observing light. While beings made from light have been recording every minute detail since our existence. The cross oceianic fiber lines also use light to transmit data. You probably don't believe in angels and liken them to Disney fairytale cartoon, but one asks regardless, Why the divine has established such surveillance apparatus? Anyone with inclining of faith knows. To establish justice. In Islam, it's believed everyone will be given their record on the day of account. Day of judgement.

Affects of modern-day data collection can never produce the same justice, but bitterness and resentment between everyone monitored.

Read Abridged Tafsir Ibn Kathir, Reflect and ponder on the verses of Quran, recite with a local Quran reciter in melodious tone.